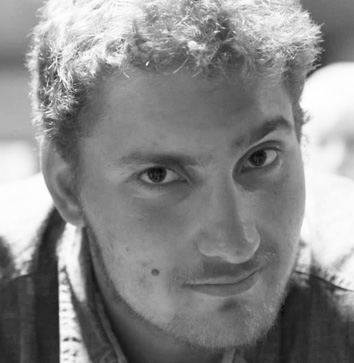 Nik Bohnenberger was born in Bech/Luxembourg on the 19th of January 1994. At the age of five, he began his musical education by taking up the French Horn. In 2009 he attended the Conservatory of Luxembourg where, along with horn and piano, he took classes in singing, chamber music, sight-reading, harmony, counterpoint and musical analysis. From 2013 to 2018 he studied music education at the University of Arts in Berlin with the main subjects horn and composition. After his pedagogical studies Bohnenberger started his composition studies with Elena Mendoza at the University of Arts in Berlin starting Octobre 2018.

He has worked several times with the Luxembourg Military Orchestra and has received commissions by the Luxembourg ”Estro Armonico” (”Pyrphoros”; 2015), by the Centre of Contemporary Arts (”nuages vermeils”; 2016) and by the Bläserphilharmonie Aachen (”Energy Transformation”; 2017). In May 2017 his piece for sextuor ”impulsions et factures” was selected to be performed during the contemporary music festival ”Druskomanija” in Vilnius/Lithuania. In 2018, Bohnenberger composed the overture ”Festlechen Optakt” for the official celebration of the Luxembourg National Day which was premiered by the ”Orchestre Philharmonique du Luxembourg”.

Since 2019, Bohnenberger tries to find a new approach between working as a freelance composer and developing new styles and ideas. Especially the Berlin scene with venues like ”Neuköllner O-Töne”, ”Akademie der Künste” or University festivals for new music allows him to write new experimental pieces. In these contexts Bohnenberger wrote ”redécouvertes” for violin an cello, a playing technique experimentation for young students and ”puls|insomn|asystol” for tuba, bassoon, bass clarinet, percussion and fixed media/live electronics. His continuous work with Kirsten Reese in electroacoustics and Marc Sabat in microtonality and just intonation under the umbrella of Elena Mendoza bring forth works such as ”creatorni” (fixed media), ”contrahent” (piano) and ”proposé” (trumpet/piano), which combine aesthetics of electroacoustics, intonation and music theatre. These pieces are still to be premiered in 2020 and 2021.