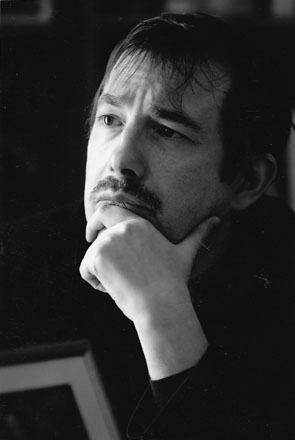 Walter Civitareale is a musician with a very distinct personality; this applies to the beliefs he holds and the direction he has given to his career. He started taking piano lessons in l963 with  Louise Schmit, one of the last pupils of Maître Albert Leblanc. In 1962 he was admitted into the piano class of Jeannette Braun-Ciampellegrini at the Esch-Alzette School of Music. He then pursued his studies with Marcel Mercier at the School of Music in Metz. After that he perfected his piano at the CNSM in Paris  with Pierre Sancan, while at the same time studying chamber music with Jacques Parrenin and musical analysis with Pierre Max Dubois.

In 1979 he continued his musical studies at the Tchaïkovsky Conservatory of Music in Moscow. His piano teachers there were Dimitri Bashkirov and Vladimir Kastelsky. George Salnikov, Roman Ledenev and Leonid Nikolaev taught him instrumentation, composition and conducting respectively. From 1981 his public performances became increasingly numerous, he thus, for example, appeared as a soloist with the Leningrad Philharmonic in Joseph Haydn’s Concerto for Piano and Orchestra in D Major.

In 1984 he was a guest performer at the Moscow International Festival for Contemporary Music interpreting his own Concerto for Piano with the Riga Philharmonic conducted by Vassily Sinaïsky.

In 1989 he entered the Schola Cantorum in Paris to hone his skills in counterpoint and fugue with Professor Pierre Doury.

One has finally to point out that Walter Civitareale has all along been an inspired and highly prolific composer. Indeed he has written chamber music, symphonic music for orchestra or band, violin, cello and piano concertos, as well as vocal and sacred music.