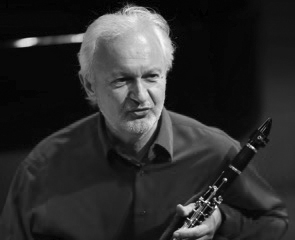 Born in the Vosges, Olivier Dartevelle studied music in Remiremont, his  hometown, then in Nancy before joining the National Conservatory of Paris in the class of Guy Deplus while pursuing a university education in Strasbourg. After graduating with different first prizes, he took part in various international competitions and was prize winner at the Prague Spring International Competition.

First solo clarinet of the Luxembourg Philharmonic Orchestra from 1980 until 2019, Olivier Dartevelle has given numerous concerts both as a soloist and chamber musician while at the same time pursuing a pedagogical activity, both at the Conservatoire National de Region of Nancy and the Conservatoire de la Ville de Luxembourg,

Olivier Dartevelle has played or recorded the most important concertos of the repertoire with conductors such as Philippe Herreweghe, Leopold Hager, Carl Davis, David Shallon and Emmanuel Krivine. His radio and TV recordings are numerous and his discography includes works by Mozart (SEL), Martinu (Timpani), Muller (Talent). Reinecke (Naxos) Pierné (Timpani). In 2010 came out a monograph of his works for oboe where he played the piano part and a trio of reeds dedicated to French music. In 2012, he recorded the Rhapsodie of Debussy with the OPL and Emmanuel Krivine and released the same year the concerto “Metamorphosis” by the Japanese composer Hosokawa for the label Neos. Two more recent CDs complete this collection including clarinet and harp sonatas by Xavier Lefevre.

Feeling to much retricted in a unique role of interpreter and eager to diversify his activities in order to preserve a necessary musical pleasure, Olivier Dartevelle uses in the mid-90s his pianist training to turn to composition; His aestetical approach is free of any school and any fashion. His music, generally very rhythmic, does not forget the expression and the style. For him, musical elegance counts more than the nature of the chosen language. In 2003, he directed a series of remarquable concerts of Stravinsky’s Soldiers Tale. He wrote and directed a score on Alphonse Daudet’s « Trois masses basses », with a great success with the Orchestre de Bretagne , orchestre Avignon Provence, orchestre de Besançon Franche Comtéhe wrote a piece on the « Fables de La Fontaine ». Let us quote also, « La création des sapins », or « La renaissance du professeur Vatel ». This allows him to mix theater, literature and music.

He is very involved in the creation of music for silent cinema. De Gastynes « Jeanne d’Arc », « La petite parade de Starewitch », Jean Epstein’s « La glace à trois faces » for the “pyramid” ensemble in Zurich, as well as improvisations at the piano. He is also working on a new orchestral show about Harold Lloyd. At the invitation of Patrick Davin and the Mulhouse Symphony Orchestra, he conducted in 2017 a musical creation of Foolish Wives by Eric von Stroheim.