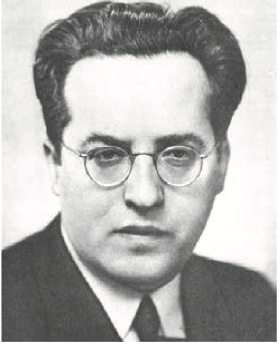 Henri Pensis was born in Luxembourg to Belgian-Luxembourgish parents on November 3, 1900. He attended his first violin lessons at his hometown’s Conservatoire. At the young age of thirteen , he had already debuted at the Cercle Municipal with two pieces of Wieniawski. Upon the request of his parents, Pensis finished his secondary studies first, before joining the Conservatoire Royal in Brussels. After a few months, he left for the Cologne ‘Musikhochschule’, where he studied with the famous Bram Eldering (the teacher of Adolf Busch a.o.). In 1925 he was hired as concertmaster of the orchestra of the ‘Westdeutscher Rundfunk’. Besides his orchestral activities, Pensis took classes in  composition with Philipp Jarnach (who counted Kurt Weill and Bernd Alois Zimmermann amongst his students). Pensis got the chance to conduct the orchestra of the Westdeutscher Rundfunk, first occasionally as a stand-in, then on a more regular basis. He then studied with Hermann Abendroth, who fostered the young musician’s career.

In 1933 Pensis got the opportunity to found a symphony orchestra from the grounds up. Radio Luxembourg, as one of the world’s biggest broadcasting companies at the time, was able to fund the privately-owned symphony orchestra, which later evolved into Luxembourg’s national orchestra (1996). Thanks to his excellent musicianship and relentless work, Pensis succeeded in establishing the ‘Orchestre de Radio Luxembourg’ as a distinguished ensemble in the European cultural landscape. He invited soloists like Georges Enesco, Jacques Thibaud, Joseph Szigeti, Isaac Stern, Henryk Szeryng Emanuel Feuermann, György Sándor and composers as Richard Strauss, Belá Bartók, Arthur Honegger, Franco Donatoni.

During the difficult years of WWII Henri Pensis emigrated from Luxembourg to  the US, where he resumed his successful career as a conductor – first in New Jersey, later in Sioux City and Lincoln. During this period he made highly acclaimed guest appearances in musical strongholds like Philadelphia and New York (Carnegie Hall).

In 1946 Pensis came back to Luxembourg and dedicated himself once again to the upholding of symphonic music in Luxembourg. In his later years his health deteriorated and Pensis died an untimely death on June 1, 1958.

Henri Pensis did not deem himself as a composer. In fact, his busy life as an orchestra musician first, and later on as a conductor, didn’t leave much space for such a time-consuming occupation. Nevertheless, Henri Pensis has written a number of charming pieces of fine craftsmanship. Documenting this facet of one of Luxembourg’s outstanding artists is the ambition of LMP.