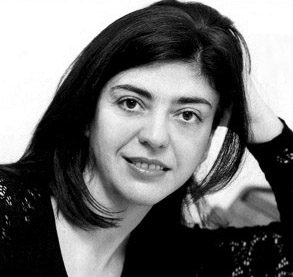 Albena Petrovic is a Luxembourgish composer of Bulgarian origin. Born in Sofia in 1965, she got her Master in Composition and music writing and her final diploma as a concert pianist in Bulgaria, and since 1996 she lives in  Luxembourg.

She has written more than 600 works in various music genres. Some of her works are published by SCHOTT MUSIC International, Luxembourg Music Publishers,  and her pedagogical work is published by her own edition.

In 2001, she composed the music for the musical book “Wann de Piano rose gëtt”(The Angry Piano), published by CID Femmes and edition PHI. In 2007, her composition “Gladius” for electric guitar and instrumental ensemble was commissioned for the Cultural Year in Luxembourg and the Greater Region. At the same time, she was granted the “Cultural Award 2007” from the municipality of Hesperange.  That same year, she was also a Jury member of the International Composition Competition “Valentino Bucchi” in Rome, Italy.

In 2008 and 2009, two works for brass ensembles – “My name is Taurus” and “El Bosque  Encantado” were written and performed.

The premiere of her instrumental theatre piece “Le Retour des Papillons” (“The Return of Butterflies”), a multidisciplinary project with original music, pantomime, light effects and video elements, took place in 2010 in the Luxembourg Philharmonie.

The year 2011 was dedicated to a complex pedagogical project – the musical theatre for children “The Bunny in Love” and an illustrated musical book with a CD. The same year she composed “To meet a Bird” for violin and piano  and “Magnifico”- concert piece for solo trombone and ensemble, performed in the Luxembourg Philharmonie in 2012.

Many of her instrumental pieces are performed also outside Luxembourg – in Germany, Italy, France, Belgium, Bulgaria, Slovakia,  Serbia, Austria, Croatia, USA. She is currently working on a new instrumental opera “The Dark”.

Albena Petrovic is President/Founder of the International Composition Competition “Artistes en Herbe” (“Budding Artists”) under the auspices of the Ministry of Culture of Luxembourg. That Competition is unique in its kind in Western Europe