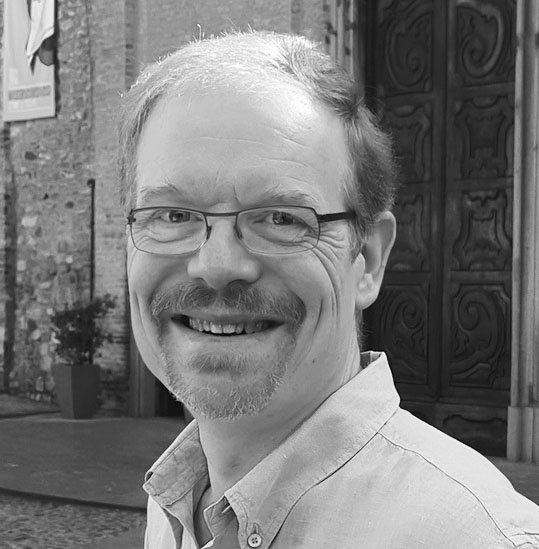 French-American musician, born in Paris, he musically grew up in Italy where he studied piano, composition and opera singing but also musicology improving his knowledge of musical paleography and musical philology at the Pavia university. He accomplished his studies of composition with Davide Anzaghi (Milan conservatory) and successively with Franco Donatoni. He also sang in opera choruses in some of the most important theaters in Italy making a direct experience of the opera repertoire and its vocal aspects.

He is the author of instrumental and orchestral music but is mostly interested in vocal music, taking a great interest in voice writing. Among others songs he wrote, one can find La signora dei baci on a poem by Vivian Lamarque, Chi sono? and La dame du métro based on poems by Aldo Palazzeschi, Sleep now and Nocturne (the later was broadcasted by France Musique and performed by his wife, the mezzo Luisa Partridge-Mauro) respectively on poems by James Joyce and Pierre Alin. He is also the author of choral sacred music such as Qui seminant, a motet for a cappella choir.

He is also the author of didactical works for children, he is now a music theory teacher at the conservatory of Luxembourg.